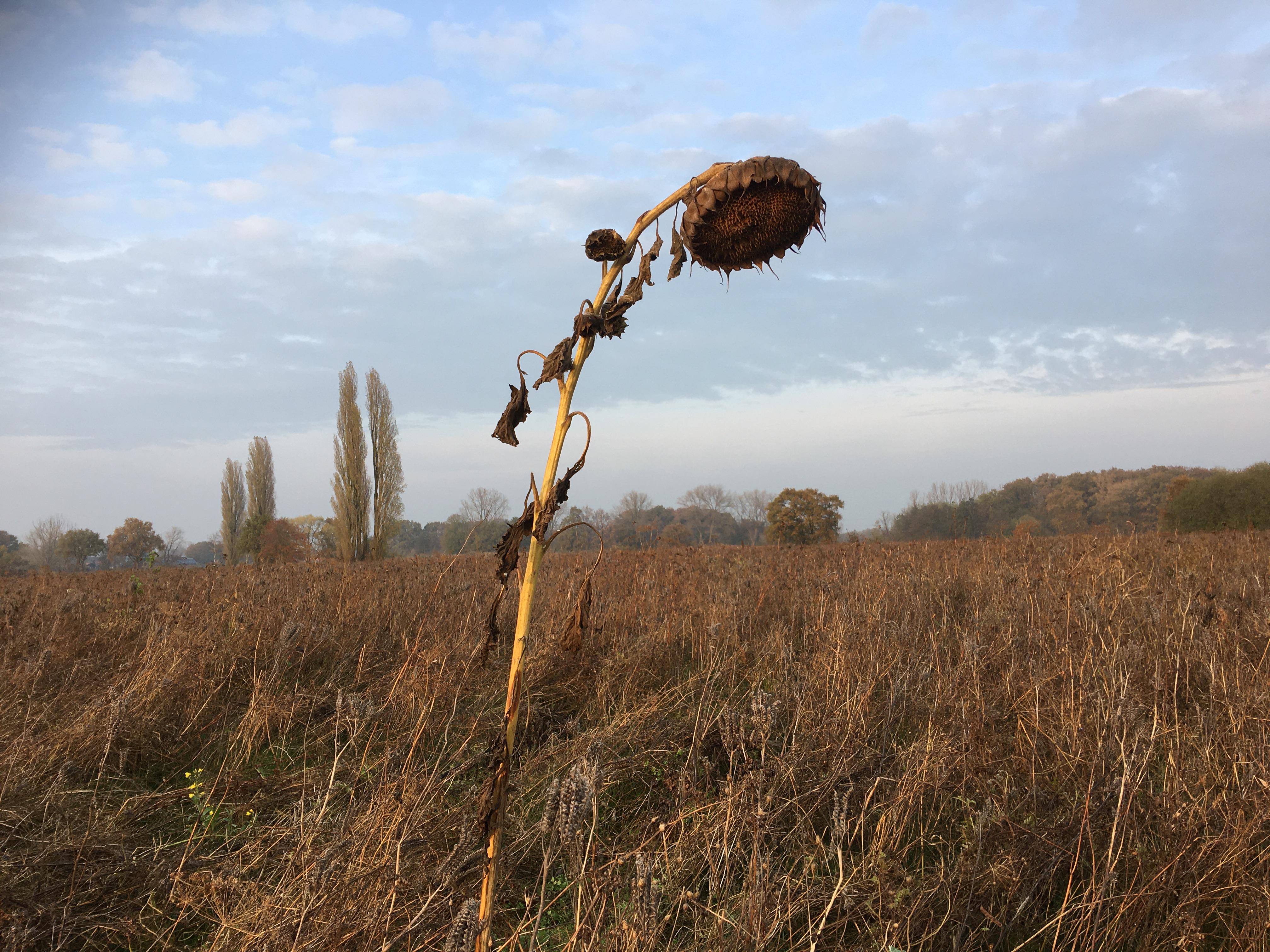 I do not know where to start. I have seen death but never so beautiful. Maybe my love for sunflowers is causing me to see that but that is fine, beauty is like that.

And it is bizzare how the Latin phrase of memento mori was fresh in my mind. I could swear I never bate a second look at it until recently (maybe the morning of the day I am writing this). I could also swear that I did not know a phrase like that existed. It is so beautiful.

It is inspiring me so much. Is this how love should be? To inspire me so much. And then that sunflower. It must have the envy of the Sun when it was in her prime and now the Sun must be longing for her every day He crosses the meridian.

Such must have been Her grace.

Remember that you must die. This also goes back to that one quote I saw in Sri Manjunatha movie.

Death won’t come until I am here. I won’t be here when It comes. I am not scared of such Death.

Since the Beginning, if there is something that stayed the same, that is Science. That is why I love it. It is sort of immortal. It never began so it will never end. But Science has got nothing to do with humans or human mind or human thought. If there was something that stayed just as same ever since the beginning to all the living things (to a certain extent even non living things) then that is Death. And that is why my facsination to Death is almost as same as that of mine to Science.

I wonder if the Sunflower maybe thinks that it is ugly now. It is not what it was before but it is just as beautiful. I think the Universe or Time has the power to change what we look like, or what our circumstances are but it can not change what we are. And that Sunflower is still the same Sunflower. Still so beautiful even in death. I wish I was a sunflower.

Maybe I have come to envy Death. Hmm, that is just BS. But I have now decided that I would earn the right to have memento mori tattooed on my left arm (right arm is currently reserved for Dharmo Rakshati Rakshita (which is still to be earned)). I wonder how I will be able to earn this tattoo. That would mean I would have to die and then somehow come back to life. Hmm, until then this post will serve as a reminder of how beautiful Death is.