Astronomical Photo of the Day

Everyone loves APOD. See this.

I saw an analemma of Moon in one of the reddit post but then one fellow redditor said that its fake and gave an explanation which seemed sophisticated and I didn’t bother much. Few days later (as it always is the case), the same image found its way in my facebook newsfeed, so I sort of became determined in answering that.

I used astropy. I was thinking of using CSPICE and spiceypy but they felt overkill. For a given epoch and Earth position, I compute the Moon’s position (returned by astropy.coordinates.get_moon) and transform it local AltAz coordinates.

Then, I plot the AltAz scatter plot.

At first, I didn’t get any analemma pattern using a time step of one day. I thought I had to use sidereal day. But, that APOD enlightened me to use a time step of 1 day 50 minutes 29 seconds and lo, it works like magic.

I don’t know why this specific time difference works. I would love to find out. But, maybe next time.

It would totally depend on the time and position but as an example: 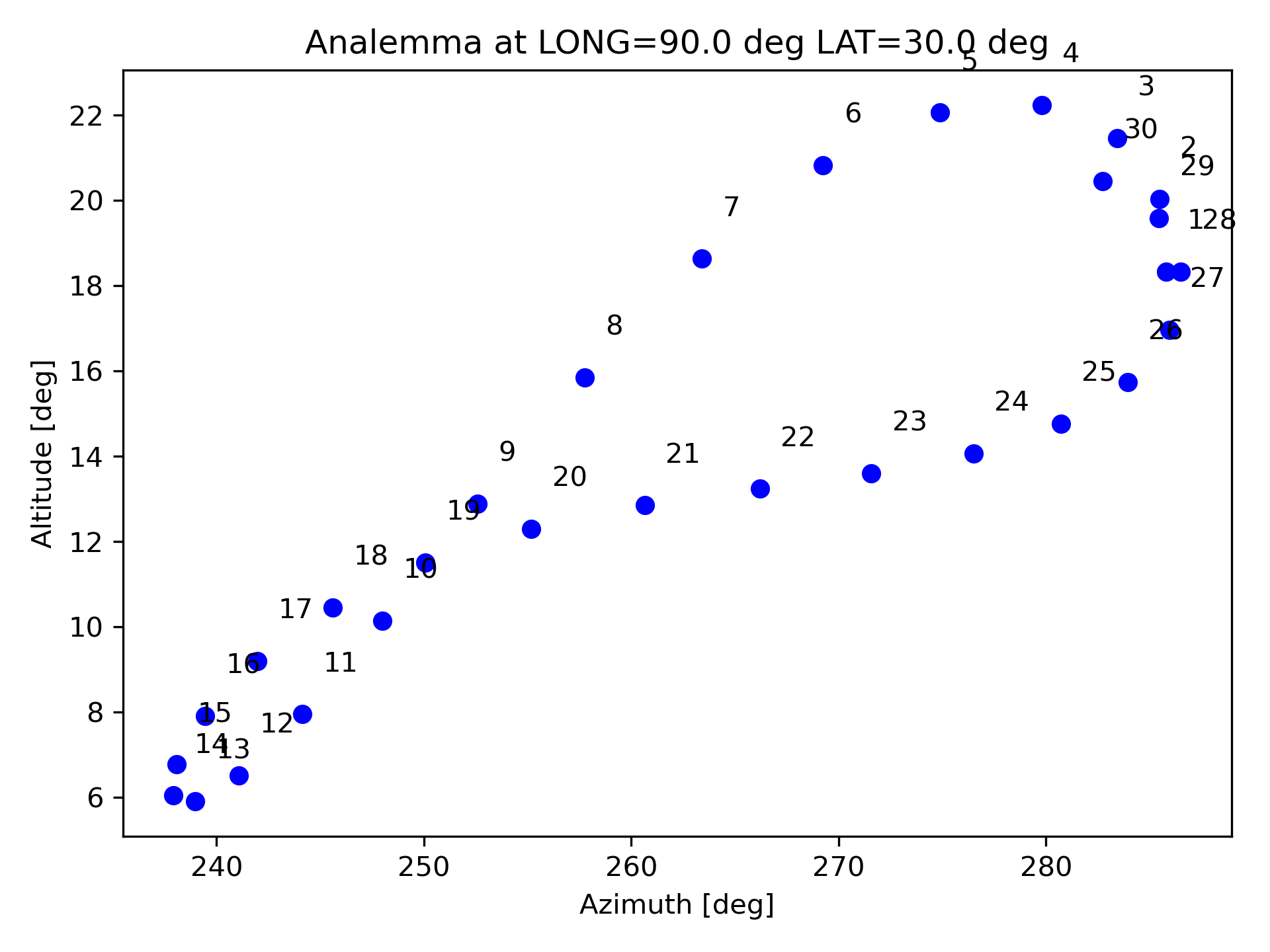 So, what I saw on reddit and in my newsfeed is indeed fake, or maybe their timestep was only a day. In any case, that’s no analemma.